The forecast and prediction of rain was enough to not only put everyone in a panic of “what to wear” but also enough to make the expectations of the day lower. Waking up was hard, getting ready was hard. But, boring parts aside; we set off from Cardiff to Hatfield and was ready for a day full of music and fun. We just had to get past the cue first – which was the longest part of the day. People were already drinking and getting in to the party spirit, we were quite far back in the cue to get our wristbands. Thankfully, that cue moved quickly – it was going through bag checks that took something close to ten years. 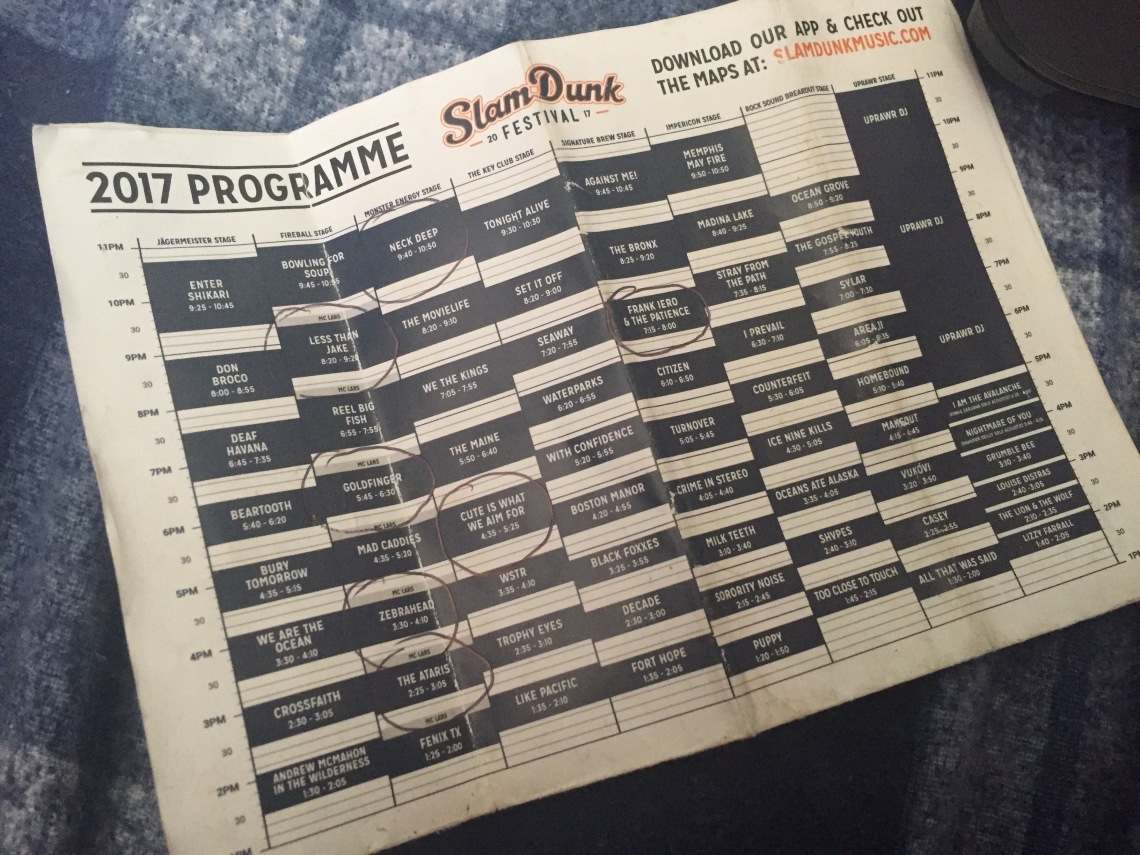 We got into Slam Dunk at some time after one, and already everyone was in a good mood and figuring out their schedules for the day. We went and got food, two cheesy chips and two bottles of Coke, was, wait how much?! Yep, £15. Total rip off for something that wasn’t even great, but that’s what festivals do. They know people are hungry and thirsty and being in a venue pretty far from everything, people would need to eat and drink on site. Expensive days ahead. After sorting out our stomachs to the relaxing music of Andrew McMahon, we headed down to the Fireball Stage to see The Ataris.

Ultimate summer vibe. The Ataris does it better, okay!? 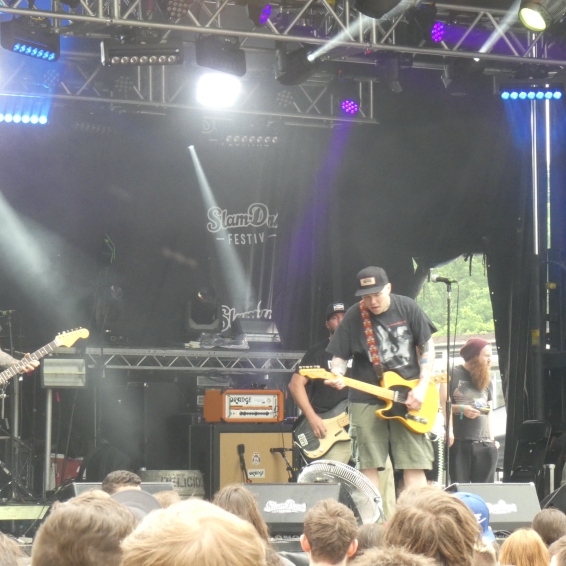 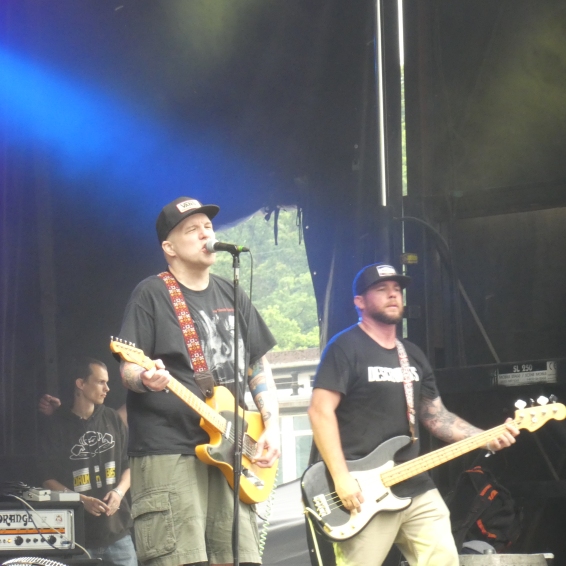 (The Ataris taken by Owen Jeffreys)

Now, this is the first time I have had the pleasure of seeing The Ataris. I missed them in Cardiff earlier on in the year, so I was excited, and even on the third day, so were they. They kicked off the set with In This Diary, and being the first band on the agenda for a lot of people, the crowd starting moving quickly. They were interactive and they were fun. The Ataris were the best band to choose to get the Fireball stage viewers set for the day, especially finishing up with their version of The Boys Of Summer. Do you know how long I’ve waited to scream those words at the top of my lungs? (Yeah, I know it’s a cover, but The Ataris does it better, okay?!) But it was obvious that Slam Dunk go-to party starters, Zebrahead were up next. Even though the t-shirts were bopping about in the crowd with their bottles and pints in hand, they were only just getting started. Zebrahead are known, if not famous in the scene for going hard at their shows. They are a tad predictable, using the same kind of theme as they did last year. (I say theme, but the theme is always drinking) but they get one of their crew members up, or Beer no.2 as they called him, on an inflatable boat to send right the way back to the soundboard and back again. Most people would slate a band for always doing the same thing, but it’s always fun with Zebrahead. The guy got three-quarters of the way down before a group of lads literally just carried him down and then back, handing him back to the crowd of hands to make the last stretch of his journey to the stage. But, people were too busy dancing to the hits Zebrahead were handing out, and he went crashing into the crowd. That’s right, screw you, Beer no.2! 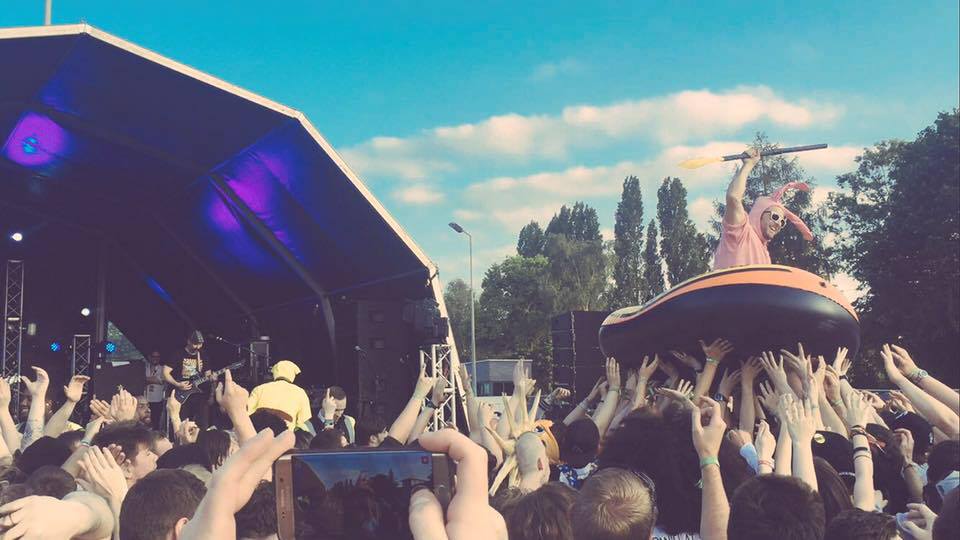 I’ve got to say, Slam Dunk tickets were bought as a gift for me from my boyfriend, Owen, so he let me have a say in a lot of the bands we got to see. For the third band, I decided Cute Is What We Aim For would be a swell idea. The last time in the UK was supporting Paramore in 2006, and at that time in my life, I was twelve years old and no one liked the same music as me. CIWWAF is a nostalgic band for me, the same as We The Kings, and I was crazy into the dudes with long hair covering most of their face, and I felt like I should honor my twelve year old self and take her to see the bands she used to be into. It was amazing to hear the Curse Of Curves and Sweet Talk 101 live on the Monster Energy Stage. I was sitting in a corner, having a breather and taking advantage of an empty place to sit, and I couldn’t help but dance as soon as I figured out what songs they were playing. It’s just a shame that I wasn’t into it as I used to be, and it was nostalgia making me dance rather than the excitement of being in front of the guys. Nevertheless, I really want this band to release new stuff to get back into. It felt like the nostalgia is what brought most of the people in the crowd to see them, because the hits would get an amazing reception. Being on the floor, all I could see was butts moving, but their lesser known songs got less butts moving, unless it was to get more alcohol or shield themselves from the rain that got a bit heavier. Wow, great reviewing here! I’m happy I got to see them regardless, and next stop, was Goldfinger.

We left the Monster Energy Stage before the set finished and decided to take the time before the next band to have a scan around merch from record labels. There were some great deals going on, a band shirt and a CD for £20, a lot of the sellers trying to push their sales as usual, but the best part. I stumbled upon Zebrahead’s Matty and Dan. I couldn’t tell you what stall they were doing a meet and greet at, because my head was spinning that oh my god I get to actually meet them this time. I got their album signed at Slam Dunk midlands last year, but as soon as I approached Matty, school-girl version of myself came out in full fan-girl mode.

“I’ve been to all your shows in Cardiff, and we saw your show in Birmingham last year too!” I said, bright-red and sweaty.

“Oh wow, even back in… Barfly?” He remembers Barfly! In my opinion, the best venue Cardiff ever had to offer. Of course I was there. Zebrahead are amazing now, but it was all so new back then that it was even better experience. “What’s your name?” Matty asked.

“I’m Jess,” he takes my hand to shake and tells me his name, in which I reply, like a complete stalker, “I know.” I’m not good at this… socialising stuff. We have a joke and he tells me he really appreciates my love and support for the band and hopes that I continue doing so before I ask if I can take a photo with him. He jokingly protests before delicately leaning in to my sweaty and broadly smiling face to get in a selfie. I give him a hug, and somehow, despite the amount of partying he’s done, he’s less sweaty than me. I almost feel bad putting my face on his clothes. We move on to see Dan. Now, Dan’s crazy on stage. He’s always lively, cocky and just a great laugh to watch. And he’s pretty much the same off stage, too. I tell him the same thing as I told Matty, but this time tell him I’ve got two of his guitar picks and bless his heart – he does try and find another one to give to me. Unfortunately, he doesn’t have one, but we get talking and my boyfriend shows him a picture from Slam Dunk Birmingham. 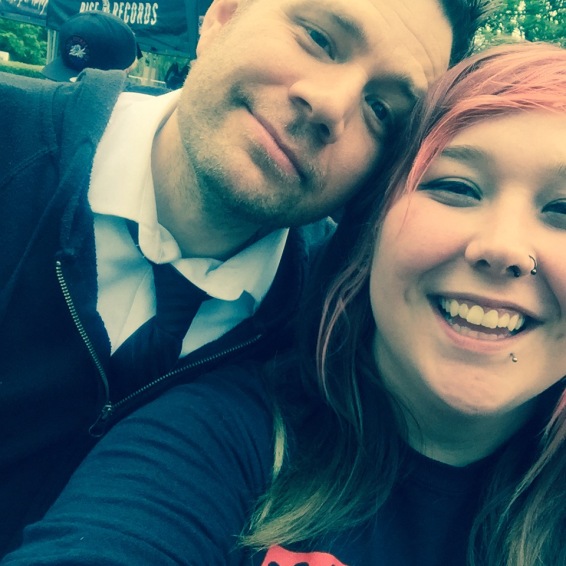 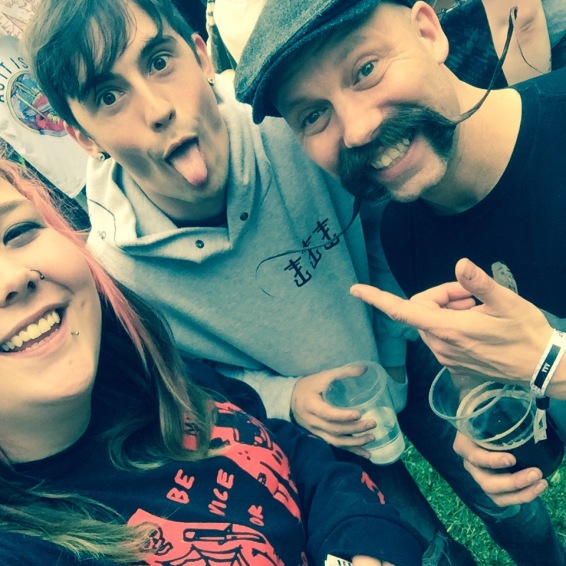 (Selfies of myself, Owen, Matty and Dan.)

“That’s such a rad photo! Can you please send it to me through my Facebook?” he asks Owen. “Send me some flaccid dick pics too, I want some of that,” and then proceeds to show us a “baby photo” of himself. Spoiler, it’s a photo of a baby in a crib with a 10″ hard-on. We laugh and we all complain about the signal strength Hatfield has to offer. None of us could connect to anything, even though our phones deceptively told us we had full signal. We move on to selfie taking, but this time Dan takes my phone and takes around thirty – yes, thirty photos of everything other than us. He takes pictures of the girl that just had selfies with him, and gets another selfie with her. He takes photos of Owen, and then photos of Owen’s crotch before finally passing the phone back and getting in a selfie with us. I ask him if he plans on catching Goldfinger, since they were going to be starting in the next five minutes, and we part ways. I don’t think I’ve ever felt more satisfied with meeting members of my favourite band before – Zebrahead are great guys on and off stage, and yes, Matty, I will support and love the band like the fan-girl I am, forever.

NEXT SLAM DUNK POST INCLUDING: GOLDFINGER, FRANK IERO & THE PATIENCE, LESS THAN JAKE, NECK DEEP, AGAINST ME AND ENTER SHIKARI 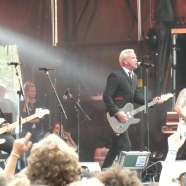 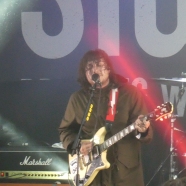 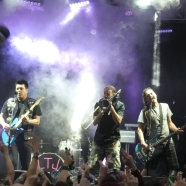 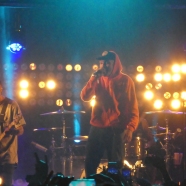 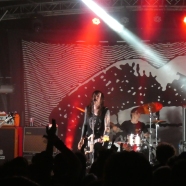 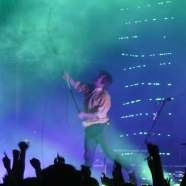 Big appreciation and love for Owen for consistently taking awesome photos, he’s uploading Frank Iero & The Patience set on YouTube. Give him a follow and show your support!